It is a little care plant. It is a bright light plant so put the pepper in front of sunlight. Ornamental peppers plant need a specific amount of water. They thrive in the summer and autumn seasons. It needs fertilizers for its growth. Ornamental peppers need loamy soil for their growth. Loamy soil is a mixture of compost and manure. These components are essential for the healthy growth of plants. They cannot thrive in heavy clay soil. You can grow them in pots and containers.

Take some seeds of ornamental peppers and sow them in the pots. You can sow the seeds 1\4 (6mm) deep in the soil. Cover the seeds with slight soil. After planting you give them more light and warm conditions to germinate. Give water in a moderate way. After 2 weeks the ornamental peppers will sprout.

You can pinch the leaves and stems of the ornamental peppers plant when they are 6 inches tall. The pinching way is very important in the growth of the peppers plant. And non-pinched plants need staking after producing fruit.

Ornamental peppers are bright light plants so you put them on the East and West sides. Pepper plants produce flowers and colorful fruit in the presence of light. But if you grow them indoors, supply artificial light for their thriving.

Phosphorus, Potassium, Nitrogen, and 5-10-10 Fertilizers are very important in the production of ornamental peppers. You can take the fertilizer for the first time when the plant produces its first fruit then give fertilizer after 6 weeks.

Ornamental peppers do not like more water. Because excess water conditions are damaging for its roots. They like moist conditions. Give them a little water per week.

It is a good way to produce the pepper plant from the seeds. You sow the seeds before the last frost. Cover the seeds with slight soil and give temperatures 80°c after 2 weeks they germinate. Ornamental peppers are colorful fruit plants. so insects and pests are attracted to them. Insects harm the plants and produce many diseases in them.

Insects damage the pepper plant if you put them outside of the door. But if you wanted to escape from the insects, put them indoor.

Aphids are dangerous for ornamental peppers plant. Aphids suck the fluid of the plant. In this way, the plant stunted and deformed. You can get rid of Aphid by using water and insecticidal soap.

Cutworms eat the stem of ornamental peppers plant. In this way, they damage the base of the plants. Cutworm is a member of moth species. They are found in many colors like grey, brown and mottled. We escaped the plant stem by using diatomaceous earth.

Whiteflies are another type of pest they also damage many parts of the ornamental peppers plant. We can get rid of the whiteflies by using insecticidal soap.

Its fruit is harmful to your skin and eye. so can’t touch your eyes and other parts after touching the leaves or fruits of peppers.

Those people who have stomach issues cannot use ornamental peppers because they are hot and spicy. 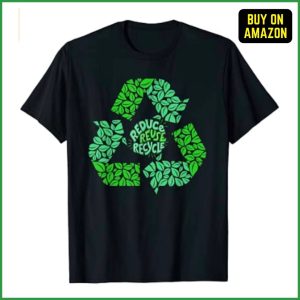 Limited space is a problem for many urban growers. Growing plants in containers can solve your problem.  Most plants can easily grow indoors. If you do some research you will come to know that...

It is true you can grow many vegetables if you have a proper growing area. A vegetable garden can provide a fresh supply of vegetables for your kitchen.  But if you are living in an apartment...

Greetings Beautiful People 😊My name is
M. Imran Saleem. I'm just a fellow gardener🌱 I have a master's degree in Botany🧾 so I know little things about plants. In this whole blog, we are going to help each other to make our raised bed gardens perfect. I hope you'll get so much knowledge from my blog.

The Bed Gardening is a member of the Amazon Services LLC Associates Program, Clickbank, and CJ affiliates, these are affiliate advertising programs intended to give a means for sites to earn advertising fees by advertising.